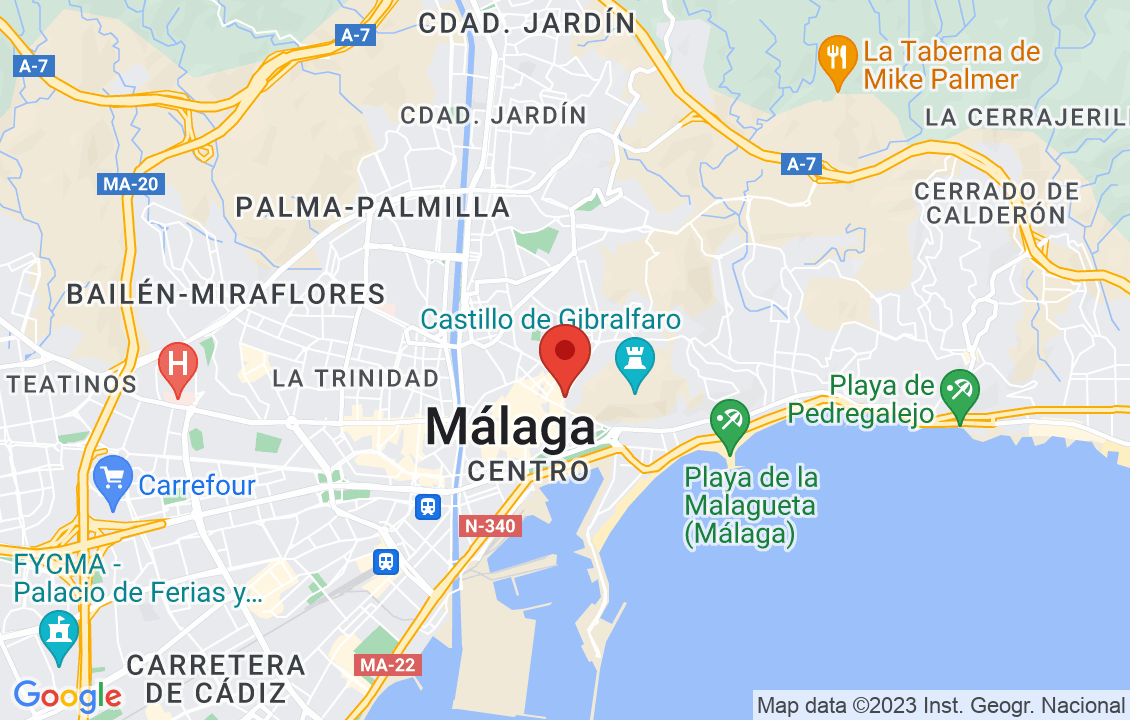 The apartment offers two modern bedrooms, one with its own bathroom and a fantastic terrace from the living room which offers sun most of the day.
When you enter you find a large living room with dining area and a modern fully equipped open plan kitchen, bathroom, a bedroom with fitted wardrobes, a second bedroom with private bathroom and direct access to the spacious terrace with dining table and a sofa.
A staircase on the terrace leads you to your private roof terrace with 4 sun loungers and fantastic views of Plaza de Merced and Malaga.
The apartment has air conditioning in both bedrooms and in the living room.

Did you know that Bjurfors has access to almost all properties that are for sale along Costa del Sol? Please, don´t hesitate to contact us and we will help you find your dream home.

You can call Malaga the capital of the Costa del Sol. It is the second largest city in the province of Andalusia after the city of Seville and Spain's 6th largest city with about 600,000 inhabitants. At Malaga Airport you land when you want to visit the sun coast, and there is a train directly from the airport to the center, which takes about 15 minutes. In Malaga there are plenty of history, museums, an old cozy town center, modern shopping districts and lots of bars and cafes.
The most famous beach in Malaga is called Playa de la Malagueta, and are both fine and long but several beach restaurants.
In Malaga, the easiest way is to walk. The core itself is the oldest neighborhood in Malaga where the Rio Guadalmedina River is the boundary to the west and the port to the south and the mountain to the east. To the west of the river are the train and bus stations. In the middle of the old town is the famous pedestrian street Marquéz de Larios, on this street there are many shops, such as Mango, Massimo Dutti, Desigual etc. Furthermore you will find lots of restaurants and bars around the small alleys of the old town.
One area that has become one of the most popular in recent years is the SoHo Art District, located between the old town and the sea. Soho is a lively and creative area made up of alternative culture and has emerged in large part thanks to CAC (Centro de Arte Contemporáneo). The area is full of cafes, restaurants, galleries and is known for its graffiti and street art.

Malaga Airport is a 15-minute drive away.